Diseases and Causes Asthma and how effective ways to prevent asthma 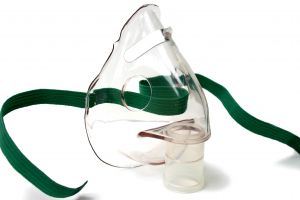 In sensitive people, the bronchial tract more likely to swell and constrict when exposed to triggers such as allergens, tobacco smoke, or exercise. Asthma also affects people with different degrees, depending on patient response to environmental stimuli. Of course this affects the type and dose of medication prescribed, which may vary from one person to another.

Asthma symptoms can be triggered or aggravated by many things, but keep in mind that not all asthmatics react to the same triggers.

Here are the symptoms of asthma:

1. Cough, cough from asthma and is usually worse at night or early morning, making it difficult for sufferers to sleep at night. Sometimes the cough brings mucus or phlegm.
2. Wheezing, or raised as whistling or wheezing sound when breathing patients.
3. Dada as gripped or occupied by something so heavy.
4. It's hard to breathe. Some people say they can not breathe, or like out of breath and not getting enough air.

In general, the causes of asthma are:

1. Plant pollen
2. House dust, mold, pet dander, insect body dah bagiah
3. Foods, such as fish, eggs, peanuts, milk, soy.
4. Substances that are related to work, such as chemicals, rubber, gas, metals.
5. Respiratory infections, such as those caused by viruses, bronchitis or sinusitis.
6. Gastroesophageal reflux disorder (GERD)
7. Drugs such as aspirin and drugs that are used to keep high blood pressure and heart function.
8. Cigarette smoke
9. Outdoor factors such as smoke haze, the air changes, diesel engine smoke
10. Factors such as indoor wall paint, detergent, deodorant, perfume.
11. Sports, especially when the weather is cold and dry.
12. Emotional factors, such as laughing, crying, and a state of distress.
13. Hormonal factors, such as before menstruation.

To prevent shortness of breath, coughing and asthma attacks, it is necessary to avoid triggers and reduce chronic inflammation. Here are 13 ways to prevent asthma attacks, as quoted from iVillage, Thursday (01/26/2012), among others:

Inhaled corticosteroids are the most effective way to control symptoms and prevent attacks. But many people use it only when symptoms arise.

Researchers from Henry Ford Hospital found that almost 25 percent of asthma attacks can be prevented in patients with severe asthma if they take their medication at a specific time every day or at least 75 percent of the time.

The results showed that, in people with mild to moderate asthma may not need to use an inhaler every day.

"If you have asthma-free for several months, then consult your doctor about dose reduction or drug frekensi slowly. But if the first sign of discomfort, such as the tightening of the chest, increased coughing or shortness of breath lightly, it should be immediately returned check to physicians, "says David Rosenstreich, MD, chief of the division of allergy and immunology at Montefiore Medical Center, Bronx, NY.

2. Proactively prevent the symptoms with drugs

If you know that susceptible to asthma attacks during certain times, such as when the fever or cold. Then he began taking the drug 3 or 4 weeks before the season starts rather than waiting until I felt the first symptoms. It is easier to prevent than to treat attacks.

The results of the new study found that, allergy triggers more than 50 percent of cases of asthma. But many people do not realize that they have an allergy, particularly to indoor allergens or food.

One study found that almost 16 percent of people who go to the ER for an asthma attack have elevated levels of IgE antibodies.

National Heart, Lung and Blood Institute (NHLBI) strongly recommends that people with allergic asthma should be under control to reduce asthma attacks.

4. Eliminating allergens in the bedroom

Increasingly able to avoid exposure to all allergens, such as dust, dander, and other indoor irritants. Hence more likely to reduce the frequency and severity of attacks and the need for asthma medications.

Start from the bedroom. Get rid of feather pillows and blankets, as well as old books, newspapers and tidied the room.

Do not use a humidifier, and make sure there is no mold growing in the bedroom. It takes a long time to reduce inflammation in the airways, so it may not see a significant improvement for months.

5. Hidden in the home can trigger allergies

The house may have some hidden asthma triggers, such as smoke and the smell of fireplaces, candles, incense and even air freshener.

"Of all people with asthma, respiratory irritants such as smoke, especially cigarette smoke, may contribute to airway inflammation," said John McBride, MD, a pediatrician at Akron Children's Hospital in Ohio.

After regular allergy injections, known as immunotherapy can build tolerance and reduce the reaction to allergens. A meta-analysis by the Cochrane Collaboration found that, immunotherapy significantly reduced asthma symptoms and use of asthma medications.

The study shows the relationship between obesity and asthma attacks more frequent and severe and greater drug use. The risk of asthma increases with body mass index.

Vitamin D deficiency associated with lung function worse, worse allergies and asthma medication use more. In addition, a study published in the Journal of Allergy and Clinical Immunology found that Vitamin D increases the effectiveness of corticosteroid inhalers.

It is not known whether these vitamins have a direct impact on corticosteroid therapy or to reduce the symptoms, will make it easier to treat asthma. The data show that three quarters of all adults may be deficient in vitamin D.

Eating pain relievers containing acetaminophen may increase the risk of having an asthma attack. The study found that acetaminophen use was associated with a nearly weekly three-fold increased risk of asthma.

"There is also a correlation between the increase in the use of acetaminophen over time and increased rates of asthma. Acetaminophen appears to cause a decrease of a molecule called glutathione which helps reduce inflammation," said Dr.. McBride.

10. More attention to the sport

If you do not control asthma, it is at risk of having an attack while exercising. Rapid breathing, and possibly cold weather, can cause spasms of the airways.

Use the inhaler before exercise. Low-intensity exercise such as strength training and yoga may be easier on the lungs than distance running or soccer.

The same applies to short-term exercise at a high intensity. Avoid exercise when a fever, and work out in the exercise room during the winter.

11. Getting a flu vaccine

The flu virus can spread in the airways and trigger asthma attacks. To reduce the risk of getting sick, getting an annual flu shot and wash your hands regularly denagn.

Several studies have found that yoga helps people with asthma by improving lung function and airway and reduce the number of attacks hyperresponsivity. It can also reduce the need for medication and exercise mmepengaruhi reducing bronchial constriction.

Plans include to avoid triggers, how to take medications correctly, awareness of the symptoms and what to do when symptoms worsen.

An asthma attack can be prevented if the trigger factors are known and can be avoided. The attacks triggered by exercise can be avoided by taking medication before exercise.