Symptoms of autism in children should be recognized by the parents. Faster recognition will help children with autism. Because they can immediately receive therapy to address their specific needs. 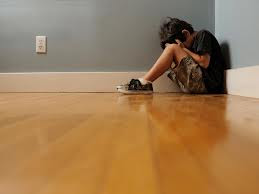 Symptoms usually appear before a child is three years old and should be immediately recognizable parents. The most common sign in children with autism is difficulty recognizing faces. This difficulty is a symptom of autism. This is because the child is difficult to build and felt no need for such social relations. Difficulties also makes children unable longer made eye contact.

Children with autism also difficult to play imaginatively. The real game is relatively easy for them. They usually do not want to share toys with other children. Children also have a habit of stereotyped repetitive. For example, like shaking a finger, or walking back and forth. This habit can be a favorite, or because of abnormal brain activity.

Children with autism also often experience drowsiness and sleep problems difficult. Some people with autism have to use the hormone melatonin to help her sleep.

Children with autism should be immediately taken to a psychologist or psychiatrist to immediately receive treatment within its capabilities. Therapy will help independent and adaptable environment.

Psikofarmaka used when considered dangerous manifestations of autism in children. Forms of early intervention on the psychological aspect is, children learn social behavior and education. Children will learn how to behave well in the general environment. For example, if you have to pee in place, no yelling, and obey the rules. Another form of intervention is floor time. At this session will learn how to communicate and build relationships.
Tweet